Layers from a blockchain perspective.

My plan is to write 5 articles:

3 Applications - not only DeFi!

5 Summary - where we are, where to look, why should we join 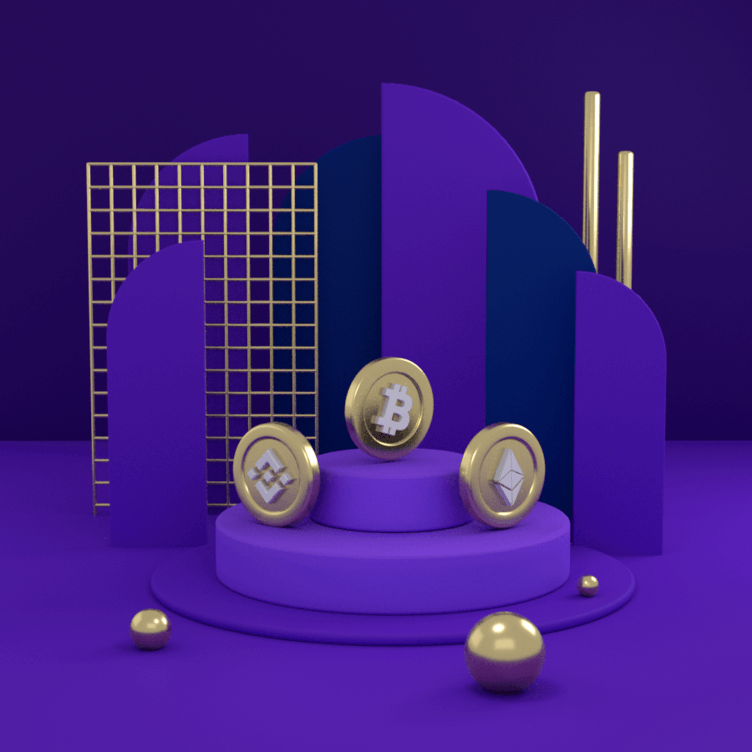 Layer 1 refers to the underlying blockchain architecture, i.e., the actual blockchain itself. In the case of Bitcoin, it is the BTC network launched in 2009.

Layer 2 refers to various protocols that are built on top of layer 1 to improve the original blockchain’s functionality. Layer 2 protocols often use off-chain processing elements to solve the speed and cost inefficiencies of the layer 1 network. Examples of layer 2 platforms for Bitcoin include Lightning Network and Liquid Network.

Layer 3 is represented by blockchain-based applications, such as decentralized finance (DeFi) apps, games, or distributed storage apps. Many of these applications also have cross-chain functionality, helping users access various blockchain platforms via a single app.

A layer-1 blockchain is a set of solutions that improve the base protocol itself to make the overall system a lot more scalable. There are two most common layer-1 solutions, and these are the consensus protocol changes as well as sharding.

Sharding is one of the most popular layer-1 scalability methods out there as well. Instead of making a network sequentially work on each transaction, sharding breaks these transaction sets into small data sets which are known as "shards," and these can then be processed by the network in parallel.

One of the pros when it comes to layer-1 solutions is that there is no need to add anything on top of the existing infrastructure. 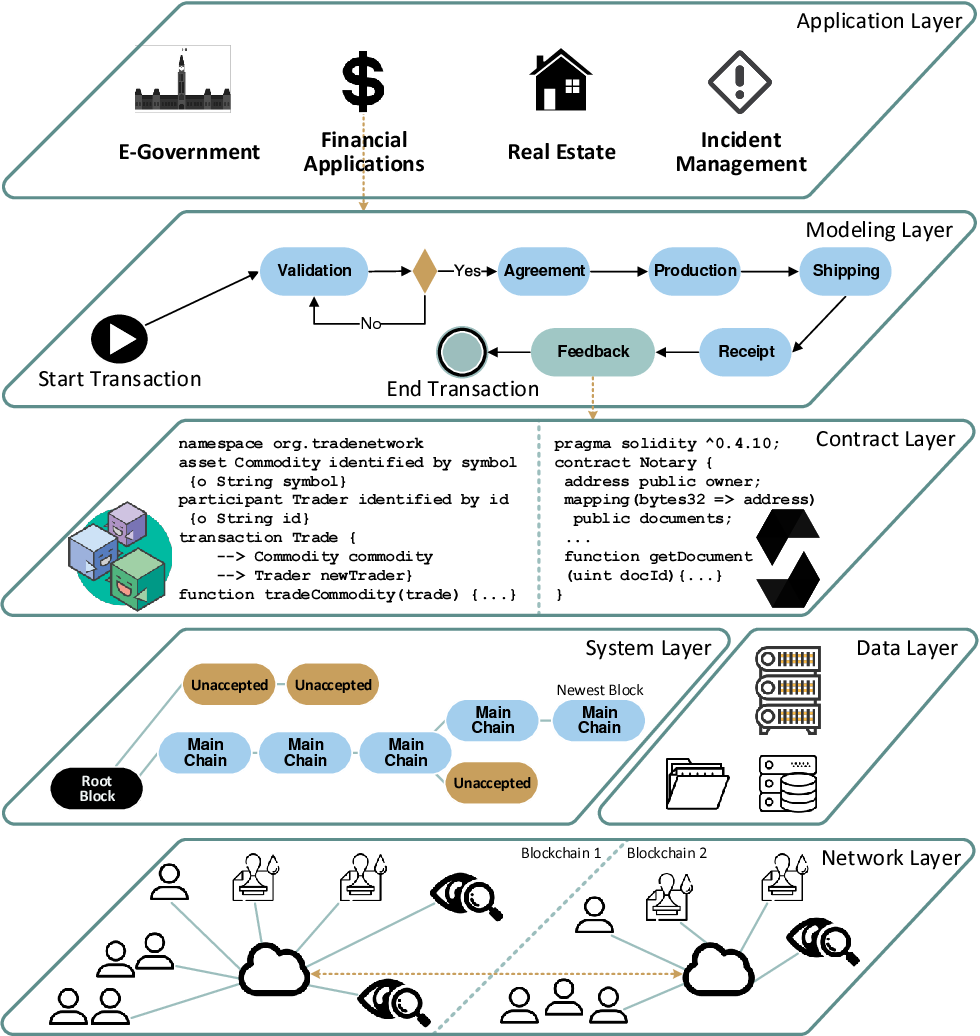 Layer 2 is a term used for solutions created to help scale an application by processing transactions off of the Ethereum Mainnet (layer 1) while still maintaining the same security measures and decentralization as the mainnet. Layer 2 solutions increase throughput (transaction speed) and reduce gas fees. Popular examples of Ethereum layer 2 solutions include Lightning Network, Liquid Network, Polygon, and Polkadot.

Layer 2 solutions are important because they allow for scalability and increased throughput while still holding the integrity of the Ethereum blockchain, allowing for complete decentralization, transparency, and security while also reducing the carbon footprint (less gas, means less energy used, which equates to less carbon.)

Each individual solution has its own pros and cons to consider such as throughput, gas fees, security, scalability, and of course functionality. No single layer 2 solution currently fulfills all these needs. However, there are layer 2 scaling solutions which aim to improve all these aspects; these solutions are called rollups.

There are three properties of a layer 2 rollup:

1. Transactions are executed outside of layer 1 (reduces gas fees)

1. Data and proof of transactions reside on layer 1 (maintains security)

1. A rollup smart contract which is found on layer 1, can enforce proper transaction execution on layer 2, by using the transaction data that is stored on layer 1

Layer 3 is often referred to as the application layer. It is a layer that hosts DApps and the protocols that enable the apps. While some blockchains such as Ethereum or Solana (SOL) have a thriving variety of layer 3 apps, Bitcoin is not optimized to host such applications.

As such, layer 2 solutions are the furthest deviations from the core network that Bitcoin currently has. Some projects are trying to bring DApp functionality to the BTC ecosystem via forks of the original BTC network.

For instance, CakeDeFi is a DeFi app offering services such as staking, lending, and liquidity mining to BTC coin holders. CakeDeFi is based on a fork of Bitcoin called DeFiChain. DeFiChain maintains “an anchor” to the core BTC chain for some of its operations, but technically speaking, it is still a separate blockchain of its own.

Some industry observers believe that the lack of DApp functionality is one of the biggest limitations of BTC. Ever since Ethereum’s arrival in 2015, layer 3 platforms have been growing strongly in popularity and value. Ethereum currently has close to 3,000 layer 3 apps. The DeFi apps based on the blockchain hold a total value of $185 billion by now.

Another leading blockchain, Solana, hosts over 500 layer 3 DApps, and the total value locked in the DeFi apps of the network is approaching $15 billion.

In comparison, BTC has no functioning app that could be clearly defined as a layer 3 application. There is an ongoing debate about whether projects designed to “force in” DApp functionality onto BTC are worth the effort. Some in the industry argue that BTC will always remain a network designed for crypto fund transfers, not DApps.

These people point out that the layer 1 BTC chain enjoys an industry-leading market cap (of $1.3 trillion by now) that dwarfs all the TVL and market cap figures of all layer 3 projects in existence combined. As such, Bitcoin may not be in any urgent need of layer 3 functionality, at least judging from the financial figures.

Blockchain platforms may have three distinct layers. Layer 1 refers to the actual underlying blockchain, with its core architecture and functionality. Examples of layer 1 networks are the Bitcoin, Ethereum, and Solana blockchains.

Layer 2 are protocols built on top of layer 1 networks and extend some functionality of the underlying blockchain. For example, they may offer faster speeds and lower transaction costs than layer 1.

Layer 2 protocols often use a combination of on-chain and off-chain operations to offer their extended functional capabilities. Examples of layer 2 projects on Bitcoin include the Lightning Network and Liquid Network platforms.

Layer 3 refers to the protocols that enable DApps on the blockchain. While some other blockchains have a large collection of layer 3 apps, the BTC blockchain has none of them. Some projects attempt to bring layer 3 functionality into the BTC ecosystem by using apps designed on forks of BTC.

However, these apps are still based on their own blockchains, not on the core BTC blockchain. There is a debate about whether BTC even needs to move towards enabling the layer 3 functionality. Some industry analysts argue that BTC is worth multiple times more than all these layer 3 apps combined, and therefore, it does not have a pressing need for layer 3 at all.